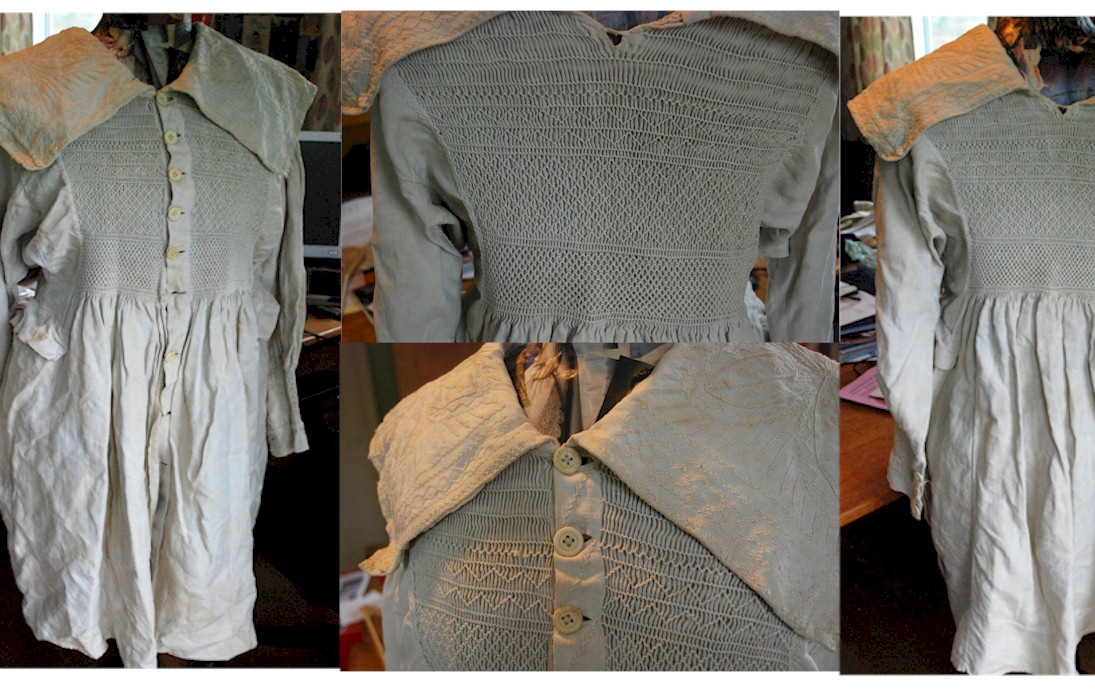 This beautiful antique Shepherd’s Smock was donated to us and has sold on Ebay for £130!

Having offered the smock to the National Trust for its collection,  after they declined Helen Makaritis turned to the Court Barn Museum for advice, who sold it on Ebay to a collector. The result was a cheque for a whopping £130.

For those wondering, a traditional Shepherd’s smock or frock was an outer garment traditionally worn by rural workers, especially ploughmen, shepherds and wagoners, most commonly in the midlands and southern regions of England and parts of Wales.  The purpose of the smock was to protect the wearer from the elements.

It is believed the embroidered designs on a smock depict the occupation of the wearer and helped advertise their trade at hiring fairs, for example shepherds’ smocks may be decorated with sheep or crooks, wagoners’ with cart wheels or ploughmen’s with furrows.  These designs could well have been passed down the family and the stitching was usually done in a matching thread, although occasionally a contrasting coloured thread would be used.

The traditional smock-frock is made of heavy linen or wool and varies from thigh-length to mid-calf length.  The ‘smocking’ is the gathering of the fabric, which is then stitched in place.  This gave the garment flexibility and strength where it was most needed – the chest, shoulders and wrists.  Some smocks were oiled to make them waterproof and most have a large collar, like this one, for extra protection from the weather.

This one is a beauty and we’re very grateful for the donation.