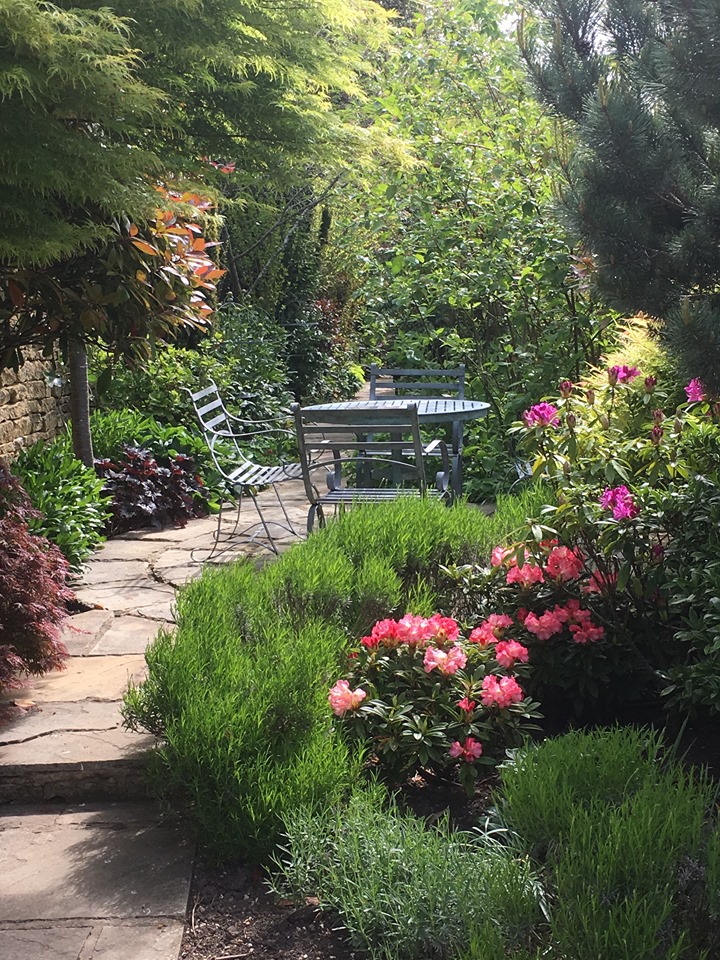 “Shepherds Close has been created with love and memories. A garden of beauty, nature, peace and tranquility.” Rita Down, owner of Shepherds Close Garden

At the Shepherds Close Open Garden, held in May, a blooming great £3,100 was raised for Campden Home Nursing! Our thanks goes to Rita Down, who opened her beautiful garden in memory of her late husband, Roger.

The sun shone all day, showcasing the garden in its best light. It was estimated that around nearly 300 people turned up to view the gorgeous garden and enjoy the scrumptious refreshments, which included home-made cakes made by generous volunteers.

This stunning 2.4 acre garden, sited in the heart of Chipping Campden has been a labour of lover for Rita and Roger, for over 13 years and has become Rita’s legacy to Roger.

Rita said: “Roger was forward thinking and enjoyed changing and improving areas. I’m now enhancing the garden with more flowers and trying to bring more nature and wildlife into the garden.”

The last three years have seen some new planting schemes, along with pruning, rejuvenation and removal of some of the shrubs which had become crowded. Time has also been spent on improving the soil, which varies from a light soil to heavy clay. A full irrigation system has also been installed.  The Rose Garden has been rejuvenated with a collection of David Austin roses. A ‘Prairie’ style border has been created using a mixture of perennials and grasses, and a wildflower meadow has been established in the orchard, using a select mix of wildflowers and spring bulb planted. A stilted hornbeam screen was planted as a wind break to protect the vegetable garden.

In November 2017, a 500sqm of wildflower turf was laid through the orchard. The species rich turf comprises 34 British native wildflowers and grasses, with at least 75% of the turf planted with wildflowers. Prior to planting, a collection of bulbs, including Tulip ‘Ronaldo’ Allium ‘Purple Sensation’ and Narcissus Poeticus was also planted. The wildflowers comprise clover, campions, ragged robin sorrel, meadow sweet, betony, buttercutp, cornflower, cowslip, cranesbill, ox eye daisy, yarrow and lady’s bedstraw, among others.

New for this year was the Gravel Garden. Sited opposite the prairie borders, the area was originally two small lawns with a border of shurbs, acers and small topiary. Turf was lifted and the less special and overgrown shrubs were pruned. Ophipogan planascapus Nigrescens (black grass) was divided and replanted, along with nerines, dutch iris, agapanthus, the low growing Persicaria Donald Lowndes and Ilex topiary balls. Two specimen Aces “Villa Taranto” which were slightly lost now stand out, in which has become a lovely seating area.

The vegetable garden at Shepherds Close is a beautiful creation in its own right, and keeps Rita and her family provided with daily fruit and vegetables, especially through the summer months.

A huge thank you to Rita, her amazing team of hardworking gardeners and the volunteers who helped make this a very special day.