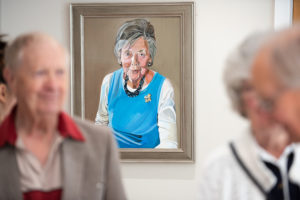 Our beloved founder, Jecca Brook, sadly passed away in May 2021. Please read her obituary.

Jecca was a much loved and respected Chipping Campden character; compassionate, generous, always interested and with a hearty sense of humour. She is missed by so many.

She started her nursing career in London before marrying David Brook. His RAF career took them to many new places, before settling in the Cotswolds in 1989. Soon after that, Jecca began thinking about a way she could carry on her nursing. She approached two GPs with her idea of starting a Hospice at Home Service. Then, as now, there was a huge need for this additional support. So the idea of Campden Home Nursing took shape. Jecca gave herself 3 months to raise three thousand pounds. She achieved this through generous donations and even baking bread to raise the money.

Nursing care for the terminally ill for over 30 years

The charity has now been operating for 31 years, providing nursing care for the terminally ill who wish to be cared for at home. And it  has gone from strength to strength. We have an experienced team of nurses led by Head of Nursing Services, Heather Mitchell, a competent trustee team, a strong leadership and operations personnel.

In November 2017, we were presented with the first ‘Services to the Community’ award at the Campden Business Forum Awards. This was in recognition of the work of the charity Jecca founded.  Jecca collected the award on the night. She gave a heartfelt speech about her two great passions in life; her family and Campden Home Nursing. When she celebrated her 80th birthday, well over a hundred members of the community joined us at tea party in the town hall.

At the end of 2017, Campden Home Nursing’s future was secured by a multi-million-pound legacy from a patient we had nursed. We consider ourselves incredibly fortunate to be in the position. We can now expand our services to the local community and plan for much bigger projects in the years ahead.

On Saturday 11 September we officially opened a new Cancer Support Service for Gloucestershire, Worcestershire and Warwickshire. The new service is based at Jecca’s House in Aston Road, Chipping Campden, which also houses our Hospice at Home Service team and Bereavement Counselling Services.

We launched the new Cancer Support Service last year. Research revealed a need for more support for cancer patients, and those with a life limiting illness, throughout Gloucestershire, Worcestershire and Warwickshire. However, due to Covid 19, we have not  been able to welcome many patients due to government restrictions. But from September 2021 the doors of Jecca’s House are fully open to receive patients and their families. 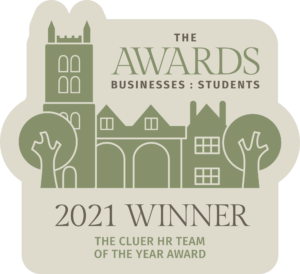 In November 2021 we were delighted to receive a Covid Heroes Award from Cllr Mrs Sue Amor, the Lady Mayor of Evesham, and The Cluer HR Team of the Year Award at the Concierge Medical Business and Young Entrepreneurs Awards Ceremony.

The Covid Heroes Award was given to the nursing team by the Mayor of Evesham in recognition of their commitment to patient care during the pandemic. Heather Mitchell, Head of Nursing Services at Campden Home Nursing, said: “The pandemic brought its challenges, but we always responded to a request for nursing care, such is the measure of the team’s dedication

The status of our charity has recently changed. We are now registered as Campden Home Nursing CIO (Charitable Incorporated Organisation). This is something many charities are doing. The main benefit is that it gives us limited liability, so members and trustees will not have to contribute in the event of financial loss.