Campden Home Nursing was delighted to welcome Cotswold MP, Sir Geoffrey Clifton-Brown, to its headquarters in Chipping Campden recently. His visit coincided with the charity’s 30th anniversary, as well as ‘International Year of the Nurse and Midwife,’ which provided a perfect opportunity to raise awareness of the charity and the valuable hospice at home nursing care it provides to the local community. 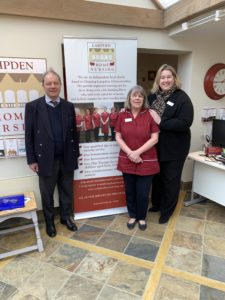 During his visit, Sir Geoffrey spoke with nurses, staff and volunteers about the charity and end of life care in and around Gloucestershire. Over the last two years, the charity has expanded its services considerably. In 2019, Campden Home Nursing nursed a total of 178 patients and provided 5,386 hours of nursing to the community, compared with 48 patients and 1,252 hours the previous year. They worked with over 13 local GPs’ surgeries and covered patients in 3 counties: Worcestershire, Gloucestershire & Warwickshire. They have also recently launched a Cancer Support Service which provides psychological support through one to one appointments for those with a recent cancer diagnosis.

They also spoke about the lack of parking in Chipping Campden, and the district nursing care service in the area. Sir Geoffrey Clifton-Brown also paid a visit to the award-winning Campden Home Nursing Charity Shop, where he even made a couple of purchases. 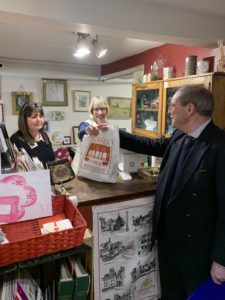 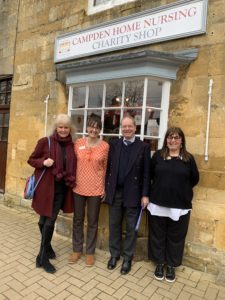 Helen Makaritis, General Manager at Campden Home Nursing said: “Sir Geoffrey showed a lot of interest in the charity and we welcomed the opportunity to tell him more about our work. We also had an interesting and positive meeting where we had an opportunity to air several of our concerns about the local environment.” 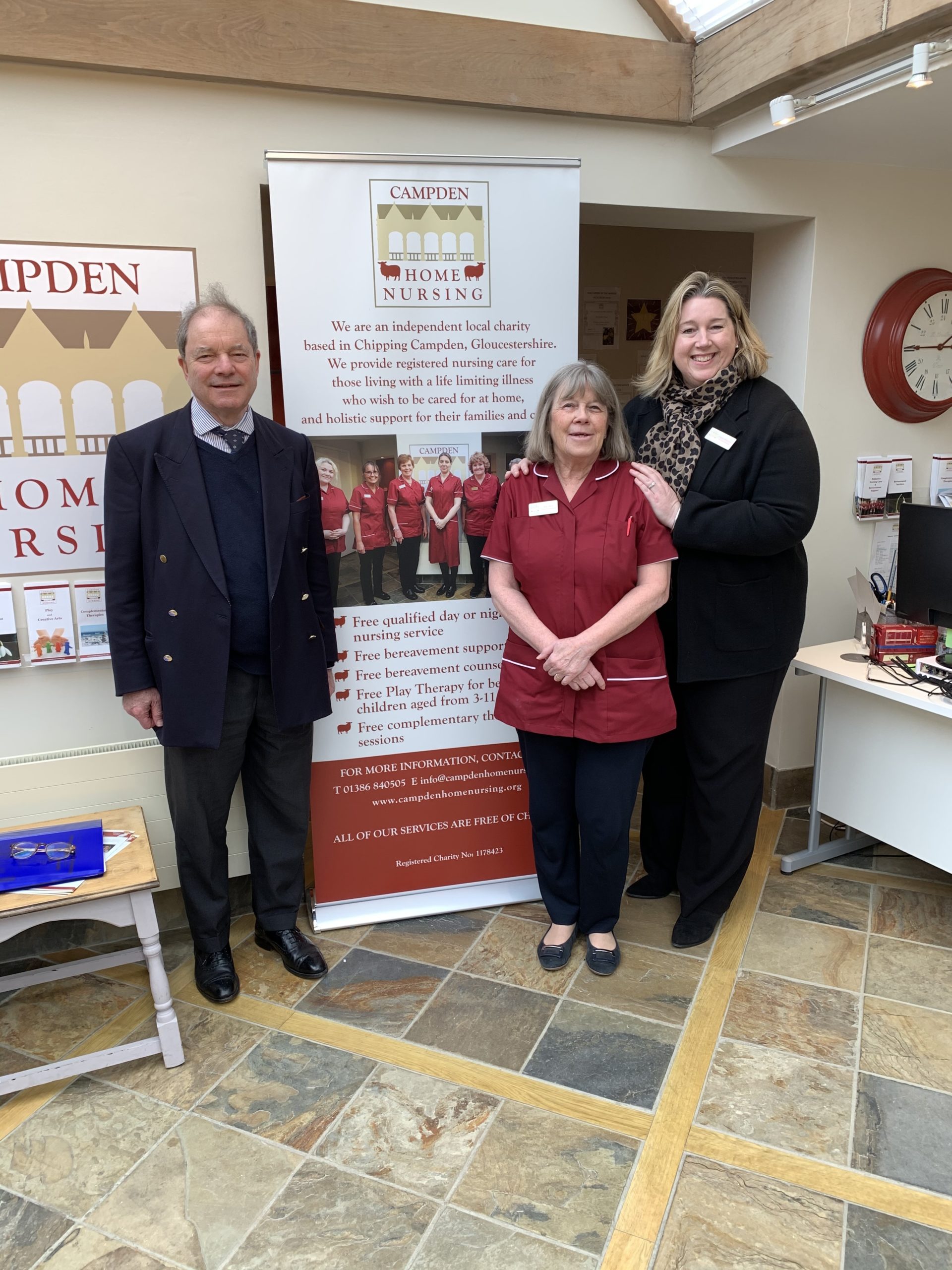