Who would have guessed that Campden Home Nursing has a Record Breaker working in their midst! One of our nurses, Roberta Matthews, has been with us for about a year, and has been harbouring a very closely guarded secret. But now she’s been rumbled!

Roberta (then Goodwin) took part in a contest staged by TV presenter, the late Roy Castle OBE, in 1975 on his show The Record Breakers, to make a bed in the fastest time. She was a student nurse at St George’s Hospital in Tooting at the time. It was recorded at the BBC studios in London.

She won the title “European All Comers Student Nurse Bed Making Record Maker”! Roberta said: “We did a practise run and I was rubbish – so I was amazed when I won!”

You can watch the nail biting contest here!

Thank you Roberta for letting us show that brilliant clip! 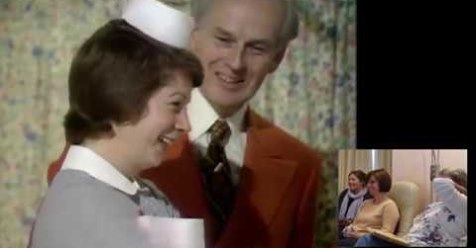