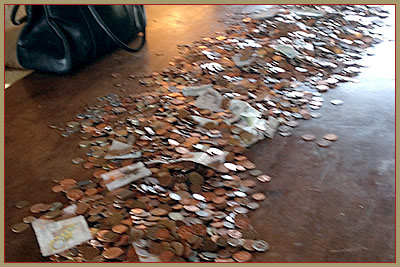 In August I distributed our 50 collection boxes throughout the retail businesses in Chipping Campden. These were enthusiastically received. It became clear at an early stage that those businesses that dealt in cash rather than credit cards were going to be the most successful. The amount raised at the hunt collection was £805 and the collection in the tins was £668.

During the last 5 months there was The British Legion Poppy Appeal as well as appeals from other charities. There are a lot of collection boxes for a range of charities in Chipping Campden so I was very pleased that we managed to raise so much money at our first attempt.

Having personally thanked all those who put out boxes when I recently emptied the boxes. I am pleased to report that all but three businesses have agreed to carry on.